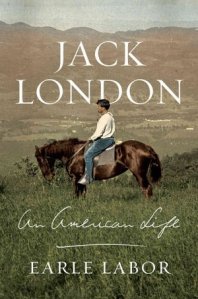 Update: This report also includes a snippet from the only known recording of Jack London’s voice.

A literary critic once remarked, “The greatest story Jack London ever wrote was the story he lived.” In his brief life, London sought adventure in the far corners of the world, from the frozen Yukon to the South Pacific, writing gripping tales of survival based on his experiences — including The Call of the Wild, White Fang and The Sea Wolf.

His story is the subject of a new biography,Jack London: An American Life, by Earle Labor, curator of the Jack London Museum in Shreveport, La. Labor wrote his first book about London in 1974, but the 85-year-old scholar says with London, there’s always more to write.

[read or listen to the rest at the link]