JL in the News: The Guardian on Jack London 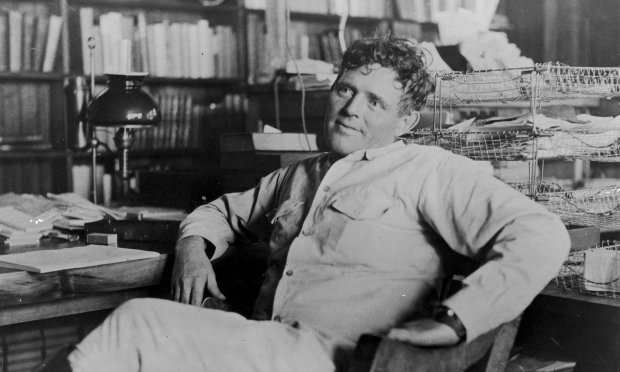 “Reading group: Which Jack London book should we read in November?” by Sam Jordison

Snippets (read the rest at the link):

But he didn’t write a book called On the Road. In 1907, 50 years before Jack Kerouac’s novel became a bestseller, Jack London wrote his own masterpiece, called, wait for it, The Road. Without that vivid and extraordinary memoir, the second half of the 20th century would have looked a whole lot different. London was the daddy-o of the Beats. He even looked the part, with his dark good looks and penchant for leather jackets. More importantly, he both walked the walk and talked the talk.

His life story is astonishing. As detailed in The Road, he tramped the length and breadth of the US in 1894, aged just 18. Before that, he’d spent long brutal hours working in cannery factories and sailing on seal ships bound for Japan. Romantically, he got most of his education sitting at a makeshift desk in a saloon. The owner took such a shine to him, he paid for him to go to university. In true Beat style, London dropped out. Later, he sailed down the Mississippi on a raft, then joined the Klondike gold rush, got scurvy and discovered leftwing politics.

Oh, and he wrote more than 20 novels, a good handful of nonfiction books, and dozens of short stories before expiring, aged just 40, in the late stages of alcoholism, hopped up on morphine and with a body wrecked by hard years of use and abuse.

So it’s easy to see why Kerouac always named London as a foundational influence – and why he might have been the only author to get a namecheck in On the Road. But Jack London is more than just a proto-Beat. He was also a profound influence on Ernest Hemingway, Sinclair Lewis and Norman Mailer. Lenin liked him, too. In her book Memories of Lenin, the revolutionary leader’s wife Nadezhda Krupskaya said that when the revolutionary leader was dying she read him a tale by London:

Love of Life – it is still lying on the table in his room. It was a very fine story. In a wilderness of ice, where no human being had set foot, a sick man, dying of hunger, is making for the harbour of a big river. His strength is giving out, he cannot walk but keeps slipping, and beside him there slides a wolf – also dying of hunger. There is a fight between them: the man wins. Half-dead, half-demented, he reaches his goal. That tale greatly pleased Ilyich (Lenin). Next day he asked me to read him more Jack London.

Category : Essays and Commentary, Jack London in the News