JL in the News: Forever wild: Celebrating Jack London 100 years after his death 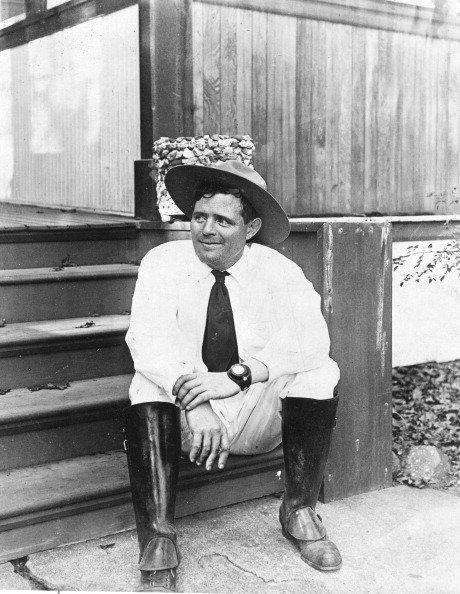 By Jonah Raskin
Jack London in 1916, the year he died.

Jack London is probably best remembered for “The Call of the Wild,” his epic dog story that’s far more than just a story about a dog. Like all of London’s work, it is a parable about the power of the environment. While the novel is set in the ice and snow of the Yukon, the canine protagonist Buck is as much a Californian as his creator, who was born on Third Street in San Francisco to an unwed mother, on Jan. 12, 1876, was raised in Oakland and died at Beauty Ranch, his estate in Glen Ellen, on Nov. 22, 1916.

On the 100th anniversary of his death, fans here and around the world might begin to honor his legacy by reading his 1902 lyrical essay, “The Golden Poppy,” a love song to the state flower and to the spectacular landscape in which it thrived.

From a poppy field in the hills of Oakland — the starting place for the essay — London describes San Francisco across the bay, Mount Tamalpais in Marin, the Golden Gate, as yet un-bridged, and the Pacific Ocean that he would sail on his sloop, the Snark.

(read the rest at http://www.sfchronicle.com/books/article/Forever-wild-Celebrating-Jack-London-100-years-10623297.php)

Category : Essays and Commentary, Jack London in the News
Tags : JL in the News

One thought on “JL in the News: Forever wild: Celebrating Jack London 100 years after his death”